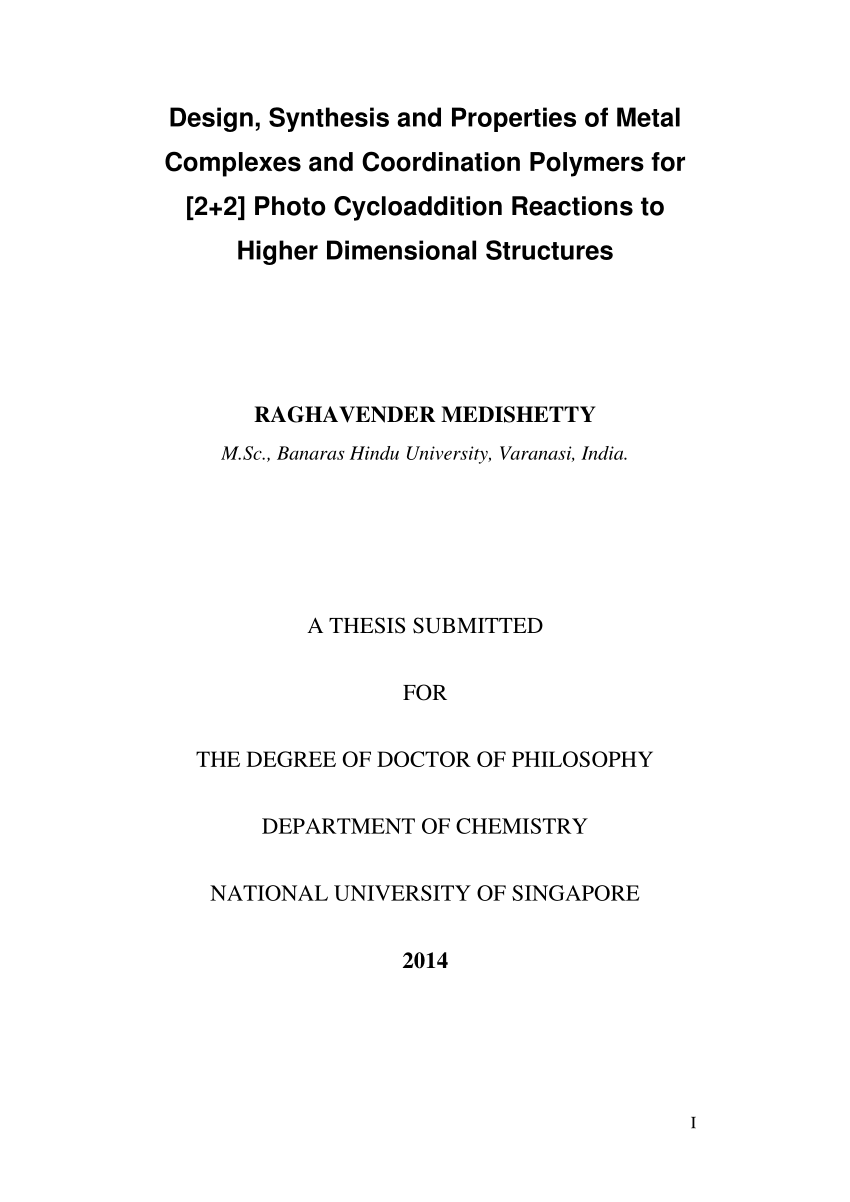 The first part of the research is focused on the coordination chemistry of ring-substituted biimidazoles in acidic media. The dependence of the formation of ion pairs and zwitterionic, especially zinc and copper containing coordination compounds on the pH of the reaction medium and ring-substituents of the ligand were examined.

The effect of metal centres and reaction conditions on structural topologies of CPs was studied and presented in publication II. Since the CPGs were obtained by silver coordination, a new photochemical process was developed to form silver nanoparticles AgNPs on the surface of the coordination polymeric fibers.

In order to explain and combine these different studies into one thesis, the following procedure was followed: first, an introduction to the N-donor ligands, especially biimidazole and bipyridines and their coordination chemistry in acidic and basic media was presented. The later part was focused on general synthetic routes for CPs and possibilities to control their structure with literature examples.

The chapter then gives an introduction to the gels, and supramolecular metallogels with examples of recent publications and gel characterisation methods. The introduction ends with the aim of the study.

The second part of the thesis outlines the most significant findings reported in the four original publications. The discussion part begins with a short chapter on the synthesis of a series of N-donor ligands, followed by their coordination chemistry in an acidic medium.


At the end of the thesis, these results are briefly summarised with significant findings. Document type: Thesis Collection: Theses. 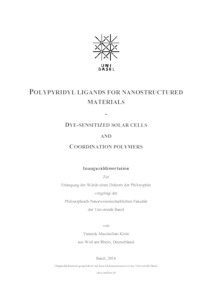 Synthesis, characterization and applications of metal organic frameworks and coordination polymers using highly conjugated ligands. Jackson, S. Phosphonate metal organic frameworks MOFs and coordination polymers CPs have attracted considerable interest due to their functionality and thermal stability. However, progress in the characterisation of such materials has been hampered by their poor crystallinity and complex coordination modes, and their propensity to form non-porous layered solids.

A possible solution to these issues is the use of large, bulky ligands which may counteract these tendencies. The first section of the research presented in this thesis describes the synthesis of coordination polymers using a naphthalene diimide NDI platform functionalised with 2 or 4 phosphonate groups.

This compound represents the first reported crystal structure for a metal NDI phosphonate. The network forms a layered system with alternating layers of chains of barium II ions, bridged by phosphonate oxygens and densely packed naphthalene diimide cores. Due to the dense packing of the naphthalene diimides, the network is non-porous and only weakly fluorescent as a result of the close packing of the NDI cores which facilitates fluorescence quenching via charge transfer between the NDI cores.

The crystallinity and yield of the product were primarily controlled by utilising an in situ hydrolysis of the phosphonate ester precursor ligand during the synthesis, and varying the polarity of the medium, the reaction time, the ligand to metal ratio, and the pH of the starting solution. Increased yield was associated with an increase in copreciptation of the ligand precursor.

A barium bromide tetraphosphonate compound was synthesised in a similar fashion, but the microcrystalline nature of the solid precluded the determination of a definitive crystal structure despite extensive effort. The network collapsed upon evacuation to give an amorphous powder. This work demonstrates the potential of selective deprotection to synthesise thermally- and chemically-robust phosphonate networks.

The NDI core shows promise as a bulky ligand platform in the preparation of novel networks. Careful control of the synthetic conditions has enabled the synthesis of a crystalline product allowing, for the first time, a more complete characterisation of these phosphonate coordination polymers, and providing synthetic and structural guidelines for future work. The remainder of this thesis is devoted to exploring the potential of the luminophore Py4-TPE to form metal-organic networks and the potential applications of these networks. The overall structure is that of a 2D plane with large rhomboidal channels.